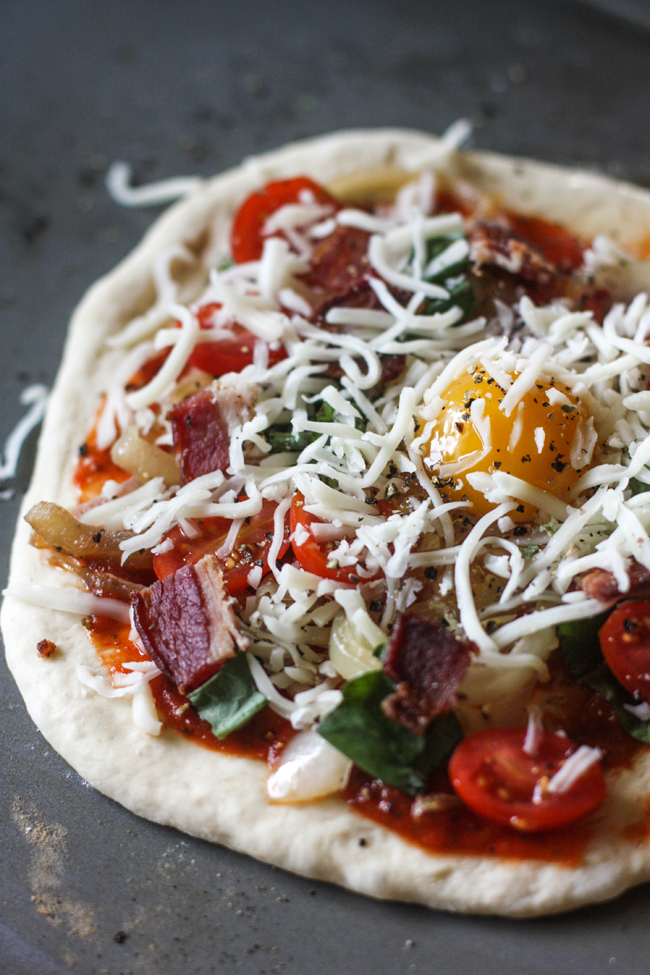 I like pizza, you like pizza. Let’s not limit ourselves in terms of when pizza can be consumed. I think a late breakfast is the perfect time for a little pizza action…I mean, why not? Throw an egg and some bacon on your pie, and all of a sudden it doesn’t seem strange at all. In fact, you might wonder if breakfast and pizza were made for each other (they were). 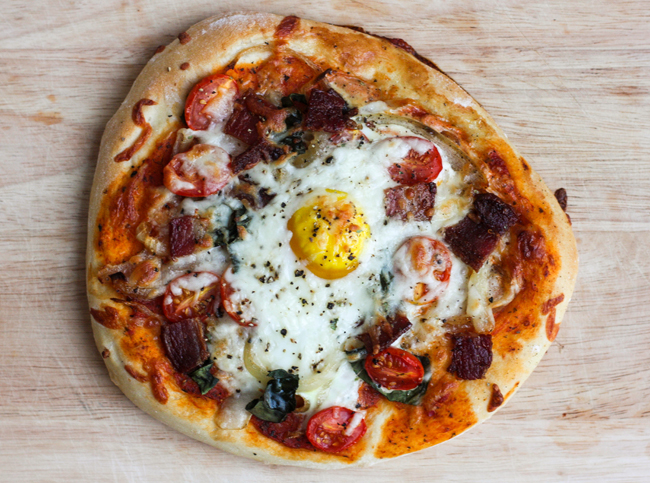 Obviously if these ingredients aren’t your thing, you could switch things up. Sausage would be awesome, as would ham and bell peppers. For me, it’s the egg that makes it breakfast appropriate. I decided to make personal pizzas and place the egg in the center, but you could also make one large pie and top with several eggs.

The first pizza I made I overcooked the egg, and the second was a bit too runny (although much better than the first). The third was my “goldilocks,” and was just right. I found baking the pizza until the crust is done then broiling to finish the egg was best.

1.) Prepare pizza dough (recipe below). I found this recipe made enough for 4 rather large personal pizzas.
2.) Preheat oven to 375 degrees. Lightly oil cookie sheet or pizza pan with olive oil.
3.) Turn dough out onto a well floured surface. Form dough into a round and separate into 4 balls. Roll out dough to desired thickness.
4.) Spread a small amount of spaghetti sauce onto dough. Place ingredients on pizza as desired then cover lightly with cheese. Crack egg in the center of the pizza, and top egg with a small amount of cheese. Top with fresh ground pepper, if desired.
5.) Place pizza on center rack, and let cook for about 10-12 minutes, or until crust starts to golden slightly.
6. Turn broiler on, and let cook until egg whites have cooked and the very top of the egg yolk appears cooked (egg should wiggle slightly when shaken).
7. Allow to cool for about 5 minutes, cut and enjoy!

1.) In a small bowl, dissolve yeast in warm water. Let stand until creamy, about 10 minutes.
2.) In a large bowl, combine 2 cups bread flour, olive oil, salt, white sugar and the yeast mixture; stir well to combine. Beat well until a stiff dough has formed. Cover and rise until doubled in volume, about 30 minutes. 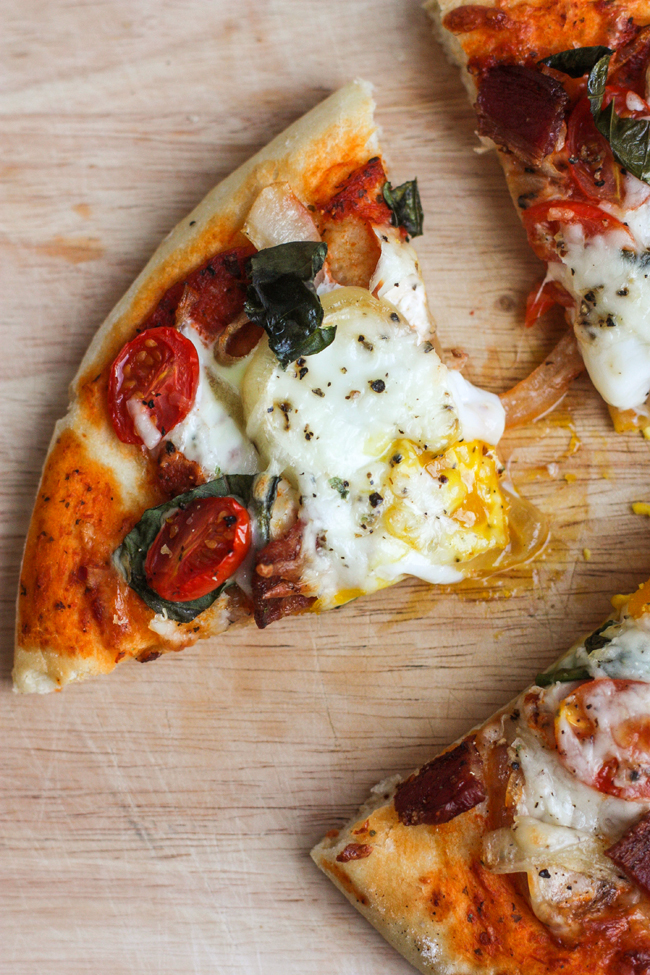