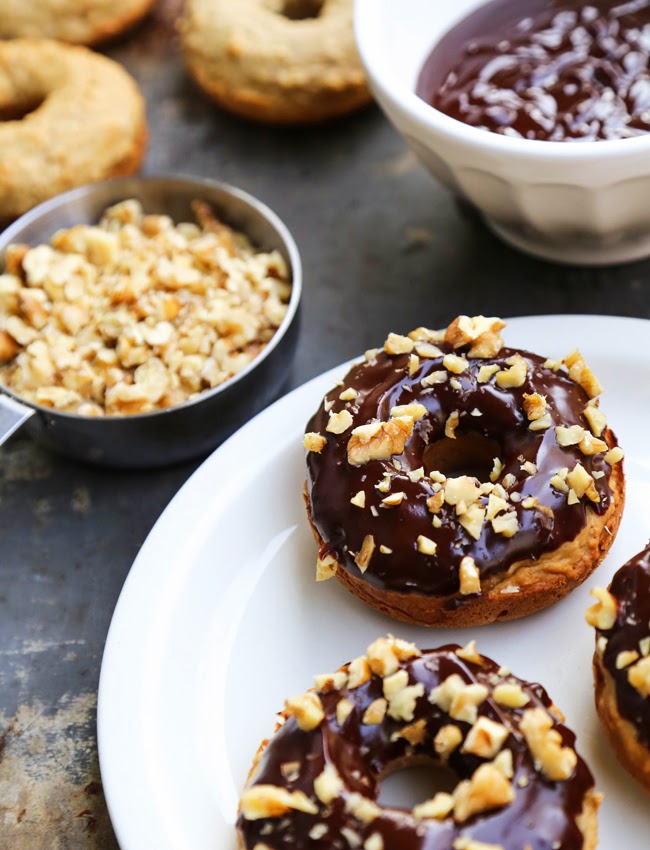 Sometimes I feel really guilty for wishing time away. You know, when you’re sitting at work and think, “God I can’t wait for the week to be over.” Or, “I just want it to be summer.” These feelings are often valid because the future has the possibility to be better than the present. Sometimes it is better, sometimes it’s not.

Instead of pining for the theoretical future, I need to start embracing the present. Because when embraced, the here and now can be pretty damn awesome. This thought dawned on me while outside on a sunny afternoon, dipping donuts in chocolate while my cat and curious neighbor watched from the window. That moment was small, it was silly and it was great. 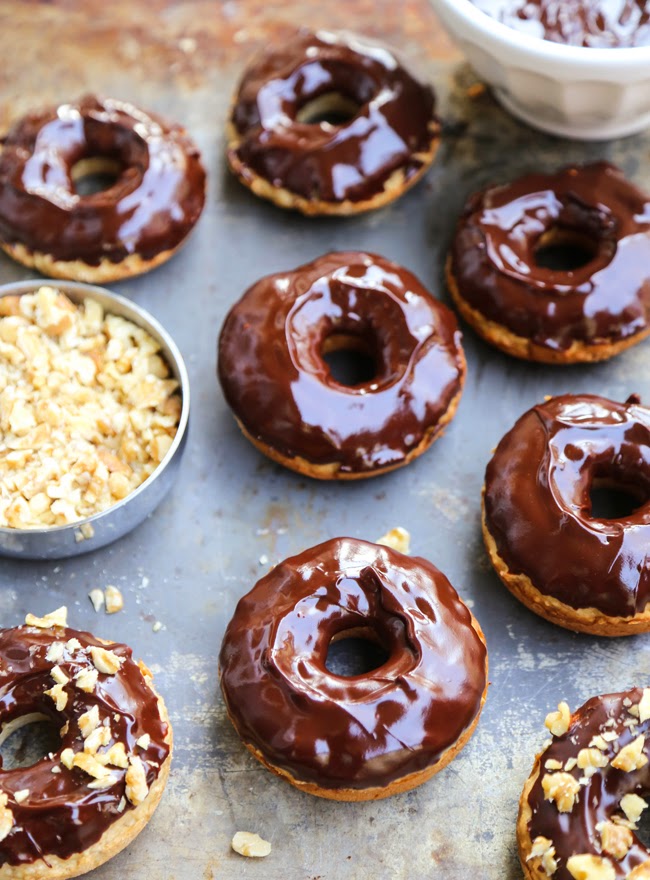 But yes, donuts. They have a way of making little moments better, don’t they? These donuts are the big, fluffy cake-y kind. They’re pretty much banana bread in donut form, and everything is better in donut form!

I like this recipe because you can leave them unfrosted and have a donut/muffin type baked good, or you can frost them and have a indulgent breakfast/dessert. My suggestion? Frost half, eat half without frosting…then spread the left-over ganache on everything in sight. 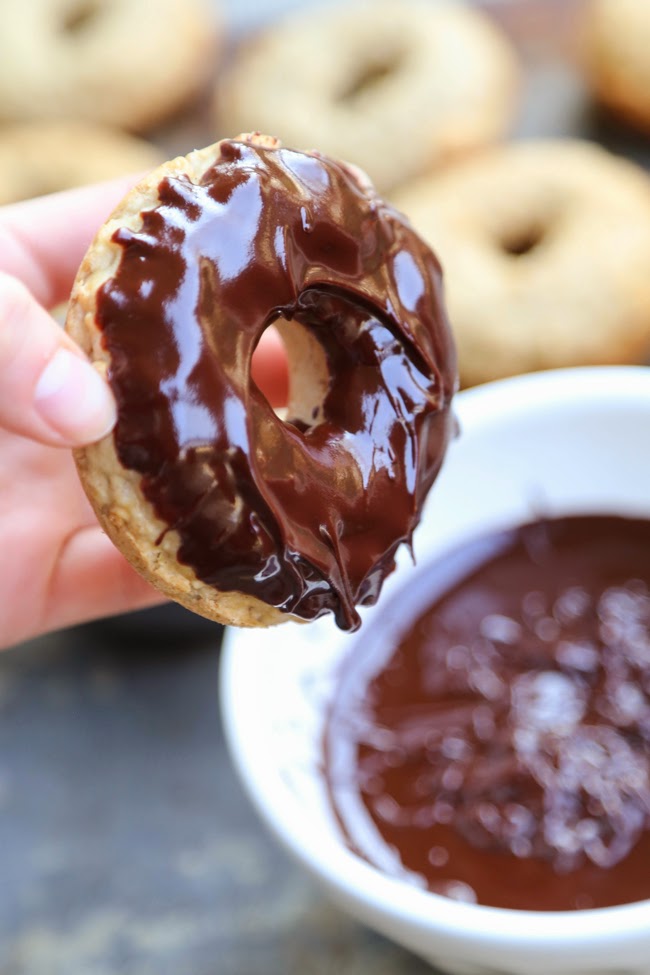 1. Preheat oven to 375 degrees. In a small bowl, whisk together the flour, oats, baking powder, baking soda, salt and cinnamon.
2. In a separate bowl, mash bananas until smooth. Add milk and vanilla extract. In a stand mixer, blend together the coconut oil and brown sugar. Add egg and egg white, one at a time and mix until smooth. Add the banana and milk mixture, blend until fully incorporated.

3. Slowly add flour mixture to banana mixture, mixing until just incorporated.
4. Spoon mixture into non-stick donut pans, until about 3/4 full. Place into the oven, and let bake for about 15 minutes, or until the center comes out clean when a toothpick is inserted.
5. Remove from oven and let cool. While the donuts cool, let’s make the frosting!
6. Place the chocolate and butter into a bowl over a pan of simmering water and melt. Remove from the heat, and add milk and corn syrup. Whisk together.
7. Dunk donuts into chocolate glaze, and top with walnuts if desired. Enjoy! 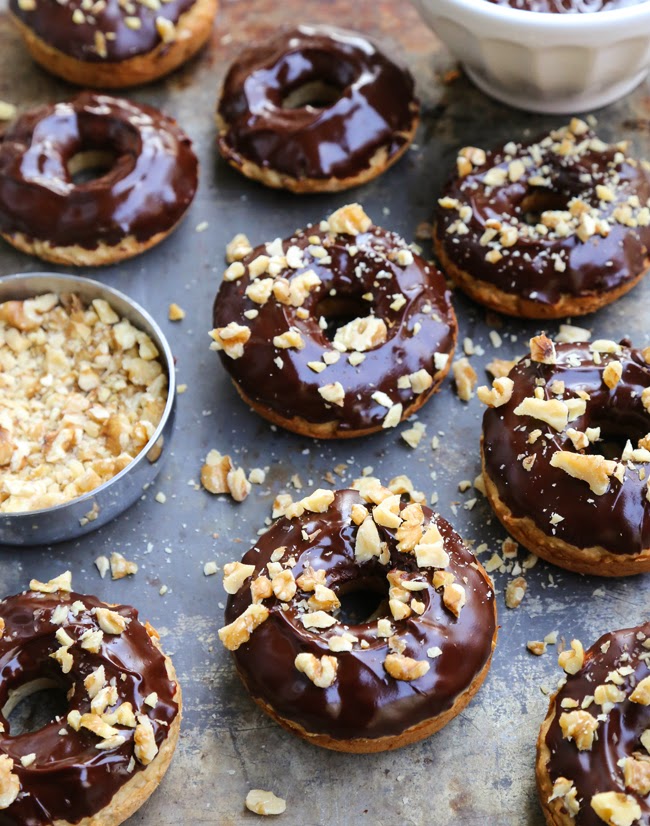